Nick Bradley, originally from London, England has lived in the US since 2005. Nick has instructed winners on every major professional tour in the World.

Most notably his work with England’s Justin Rose (2006 – 2009) placed Nick firmly on the World map of golf instruction with Justin rising from World number 125 to number 5.

Justin also won the 2007 European Order of Merit (European number one) in a record 12 events, Ryder Cup 2008 and winning 3 times around the World.

Nick took UCLA’s Kevin Chappell from zero status, to PGA Tour Nationwide Tour winner and 3rd at the US Open.

In 2014 Nick was named by Captain Paul McGinley as his key motivational and inspirational director for the European Team. This involved a meticulous year-long planning period at European Tour level ensuring the development of Paul’s key messages were crystal clear. In the history of the Ryder Cup there have only been two external consultants directly advising Captains – the first was Sir Alex Ferguson of Manchester United and the other is Nick Bradley.

Nick Bradley has written for every major magazine publication in the world and appears regularly on The Golf Channel:

As chief consultant at Reynolds Lake Oconee, Georgia, saw Nick work with both Taylormade and the directors at Daniel Communities on ‘The Kingdoms’ marketing, staffing, instructional program offering, Ritz Carlton co-branding and marketing leading to a revenue increase of $250,000 in 2018.

Nick has consulted on the Nike Elite advisory panel for fifteen years, has been elected by Golf Digest as the top male teacher in North Carolina State and won The Independent Sports Book award 2004. Nick was the youngest director of the David Leadbetter Golf Academies in 1994 and has trained over 200 professionals in his career.

Nick Bradley is a public speaker to Corporate organizations and mentor’s CEO’s and Executives. 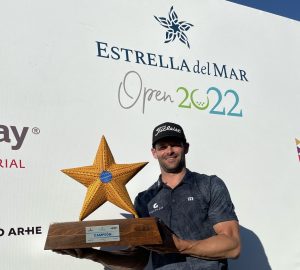 Nick Bradley has instructed over 200 PGA and European Tour professionals in a 25-year career.